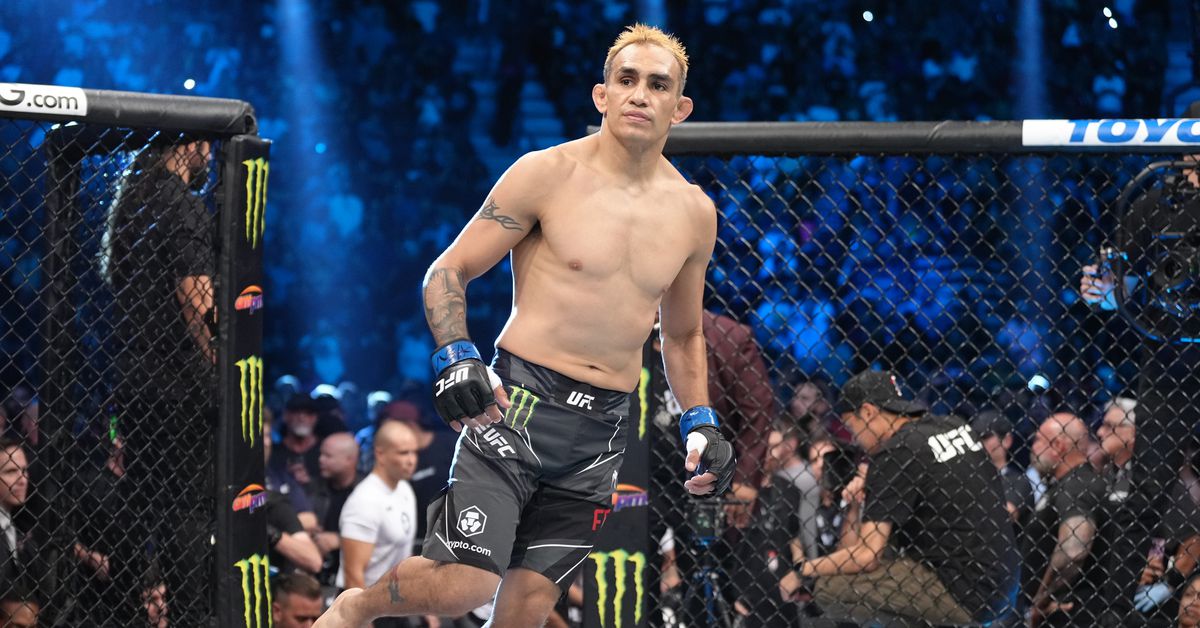 Tony Ferguson isn’t shy when it comes to the art of name-calling.

A recent study was done by OHBets that assessed the Twitter history of fighters and how often they insulted people online. The study revealed that Ferguson is far and away the most aggressive fighter on the social media platform with over 28 percent of his tweets including a word deemed as insulting. In terms of specific words, Ferguson’s go-to curse is ‘s—t’ which he has typed out 490 times in 2751 tweets.

Other notable stats include the following.

After a single appearance in 2021, Ferguson managed to fit two fights back in a calendar year in 2022, competing against Beneil Dariush in May before being matched with Nate Diaz in September. Ferguson was originally supposed to take on Li Jingliang as opposed to Diaz, but UFC 279 was infamously thrown for a loop after Khamzat Chimaev’s disastrous weight miss.

“El Cucuy” went on to drop the bout to Diaz via fourth round guillotine choke submission (watch highlights), making it his fifth consecutive loss. There’s no telling exactly what will be next for the 38-year-old Ferguson, who returned to Welterweight for his last bout, but he isn’t ready to call it a career just yet.

Chuck Liddell Has No Business Fighting Ever Again

Chuck Liddell Has No Business Fighting Ever Again