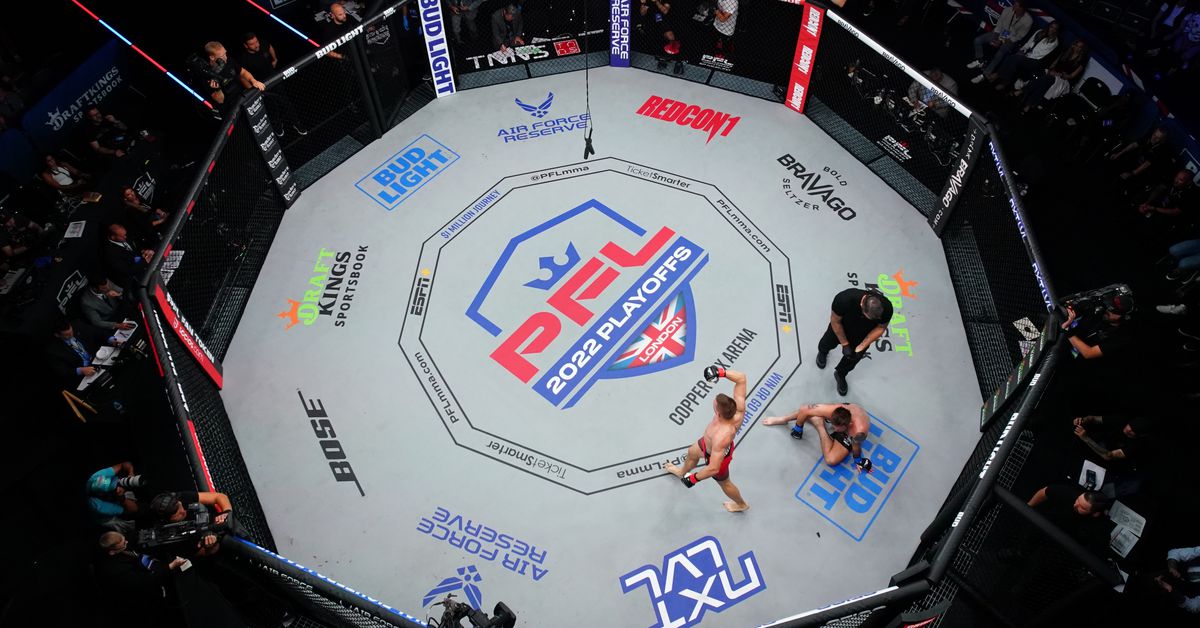 For those clamoring for the ability to accumulate Professional Fighters League (PFL) points, it’s quite a joyous time to be a fan.

It was revealed today (Thurs., Nov. 17, 2022) via Sport Business before later confirmed by PFL Senior Vice President of Corporate Communications, Loren Mack, that PFL has officially partnered with Concerto — a fintech startup — to launch its very own Mastercard.

“The PFL has launched the official PFL Mastercard credit card,” Mack said via LinkedIn post. “With the PFL Mastercard, cardholders can earn points on all their purchases via the PFL Knockout Rewards Mastercard loyalty program. These points can be redeemed for exclusive rewards like tickets, merchandise, memorabilia, and many others.

PFL’s 2022 championship event takes place next weekend (Fri., Nov. 25, 2022) in New York City at the Hulu Theater with a full lineup of six million-dollar title fights plus various other notable bouts. The event will be the promotion’s first with a PPV main card and fans can watch for $49.99 after the prelims conclude on ESPN+.

Competing in the event’s headliner will once again be promotional superstar and two-time Lightweight champion, Kayla Harrison. Standing in her way will be none other than power-punching old foe, Larissa Pacheco, who seeks her first victory over the Olympic gold medalist in what will be their trilogy bout. The title tilt will also be Harrison’s last as part of the seasonal format, departing for exclusive PPV bouts in 2023.