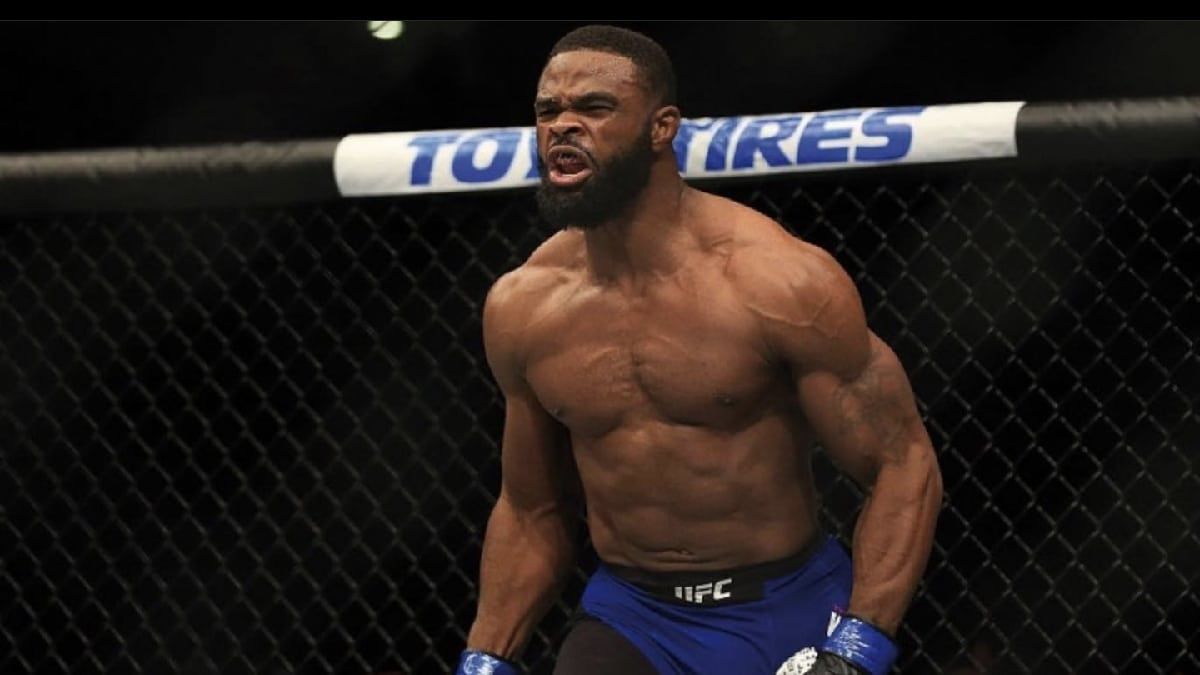 Good morning, MMA fans! Welcome to the MMA News Tracker! Here are some of the latest happenings across the world of MMA.

Coming fresh off a viral bare-knuckle fighting debut in August that saw him knock out Ryan Benoit in the first round, ex-UFC vet John Dodson will be making his RIZIN debut on New Year’s Eve against Hideo Tokoro in a flyweight bout.

Tokoro will enter with a pro record of 35-11-2, while Dodson will enter at 22-13 and coming off a victory over Francisco Rivera, also earlier this year.

Tyron Woodley Sounds Off On KSI

UFC legend Tyron Woodley is venting his frustrations at YouTuber and hip-hop artist KSI for what he deems to be backing out of a fight.

Here are Tyron Woodley’s tweets on the subject on Thursday:

Warned this bitch! @ksi Why would u offer me a fight vs you then bail? Why would u send me a contract to bitch out and take a lesser opponent? Why would u have my name in your mouth for two years and not step up?Why do a poll of 1million people, that all said fight me, & you run.”

Woodley also posted a document to support his claims in the above tweet, which stated that Woodley must weigh in at a maximum of 175 lbs. at the weigh-ins and could not weigh over 185 lbs. on the day of the fight.

“When @ksi blames it on @loganpaul ‘s injury or budget i have two companies that will fund the purse. Try again. I’m done talking about it. My last post on it.”

KSI has a pro boxing record of 3-0, most recently defeating two men (Swarmz and Luis Alcaraz Pineda) in one night. Woodley is coming off a KO loss to Jake Paul last August after losing a closely contested decision to him earlier in the year.

Last night, we ran an article where former UFC middleweight champion Israel Adesanya told new champ Alex Pereira “I will fight you until I beat you.” Well, as strong as that phrase may be, “Lionheart” Anthony Smith may very well have topped Adesanya with the following quote about Ryan Spann after Spann expressed interest in a rematch against Smith: ‘He’s my bitch forever.”

This is a Jones-like quote with Daniel Cormier being the target, but this time, there were two other light heavyweights involved. Smith defeated Spann via rear-naked choke last year in the very first round after the two entered the bout with bad blood.

After Spann made short work of Dominick Reyes at UFC 281, he called out Anthony Smith for a rematch. Below, you can read Smith’s quote in full where he shot down Spann’s callout in emphatic fashion (h/t MMA Mania).

“I don’t know what happened in our fight that left him with any kind of confidence that he can still beat me or that he deserves a rematch,” Smith said on the Believe You Me podcast. “I had him on ice skates until he was shooting takedowns, I strangled him, and then stood over his body, remining him what he was going to do to me. So, he’s my b—ch forever and he knows it.”

Smith is coming off a loss to Magomed Ankalaev at UFC 277 last July. He is currently ranked #5, with Spann ranked at #10.

Want to suggest a correction or provide other feedback? Contact the editor at editor[email protected]!

Larissa Pachecho rips MMA trolls that called her a man “I don’t wear girly clothes… get used to it.”

Larissa Pachecho rips MMA trolls that called her a man “I don’t wear girly clothes… get used to it.”