Corey Anderson still competes to be the best, but now proud to be a prize fighter: ‘It’s all about making money’ 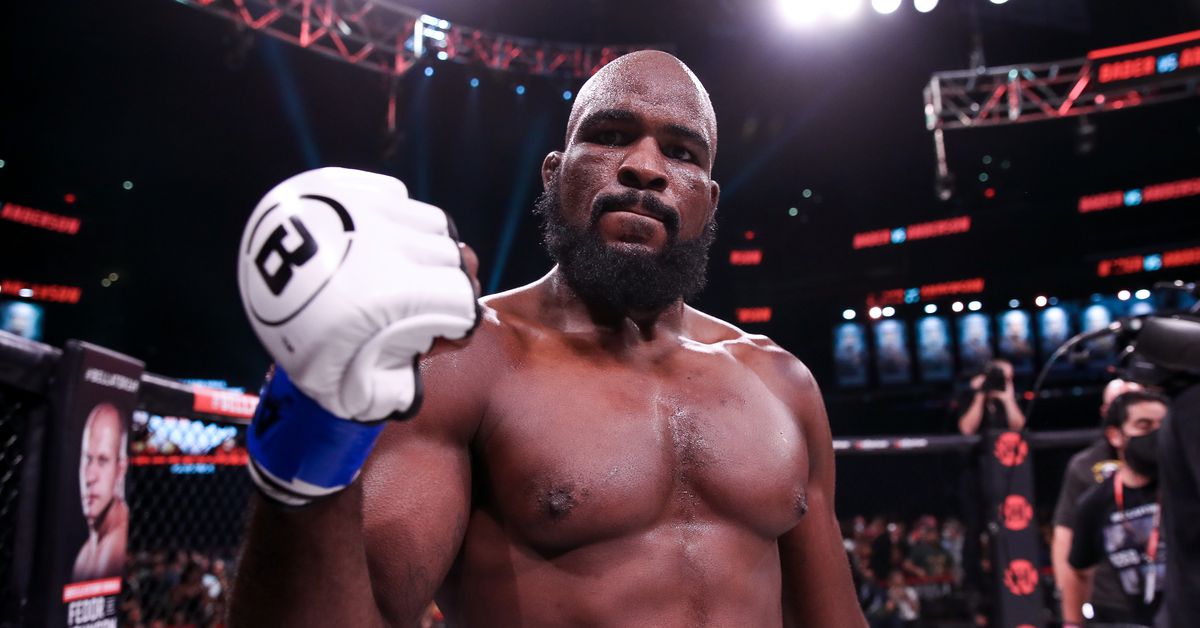 Corey Anderson used to be consumed with proving himself to other people as he battled for respect and admiration in the sport of MMA.

Despite threatening for title contention in the UFC — including a lopsided win over ex-champion Glover Teixeira — and then tearing through the competition in Bellator MMA en route to the finals of the ongoing light heavyweight grand prix, the 33-year-old veteran still never found his name at the top of the list of 205-pounders.

Somewhere along the line, Anderson — No. 3 at light heavyweight in the MMA Fighting Global Rankings — started to realize that he couldn’t judge himself or his accomplishments based on everybody else’s opinion of him. Instead, the Ultimate Fighter 19 winner remembered that MMA is just his job and he really needed to treat it as such.

After inking his first deal with Bellator MMA, Anderson mentioned often that he was making far more money for the Paramount-owned promotion that he ever did in his six-year career spent in the UFC. He just recently signed for a second contract with Bellator that will keep Anderson even happier and on Friday at Bellator 288 he’ll compete for a $1 million prize in the finals of the light heavyweight grand prix when he faces Vadim Nemkov for the second time.

Make no mistake, Anderson will be proud to become a Bellator champion but he’ll be just as happy when that seven-figure check hits his bank account.

“It’s no longer the fight game. It’s the fight business,” Anderson stated. “This is my career. My wife is invested in it. She works behind the scenes helping me with paperwork and fight medicals and everything we do.

“This is our business. Our business is to go out there and make as much money as we can to come home and take care of our two beautiful children and our houses and everything that we’ve got. That’s what it is now. I’ll sign the contract for my next job. Whichever one is paying me the most, that’s what it’s about. It’s a business. It’s all about making money.”

That may sound like a mercenary approach, but like all athletes competing in combat sports, Anderson is a prizefighter. He’s learned over time that decisions about his career need to be made with that fact in mind, which is why he’s not getting lost in the noise about what a win over Nemkov might mean for him.

Ideally, Anderson gets the job done, claims the Bellator light heavyweight title, makes a million dollars in a single night and then he can look forward to a call from Scott Coker with another opportunity that will allow him to earn even more next time.

Perhaps that means a move up to heavyweight to challenge Ryan Bader for a second world title or maybe he sticks around at 205 pounds to face contenders like Yoel Romero. The names don’t matter as much to Anderson as the paycheck he’ll earn. The rest will sort itself out.

“Whichever one is the best business move,” Anderson said. “If I get more money to go up and fight for another belt, you damn skippy, let’s go up. We’re chasing the money. It’s a business. I’ve got to make sure the family is taken care of. I’m good. I’m not fighting just for the family. I’m fighting to be the best but every move I make it has family intentions.

“So if get the opportunity to choose, I can defend my belt or go up, whichever one is worth more money, that’s where I’m going. Either way, I’m fighting for a belt. But whichever one has the most value, that’s what I’m going for.”

Video: Hasbulla slugs Cejudo in the jaw during Chechen vacation

Video: Hasbulla slugs Cejudo in the jaw during Chechen vacation