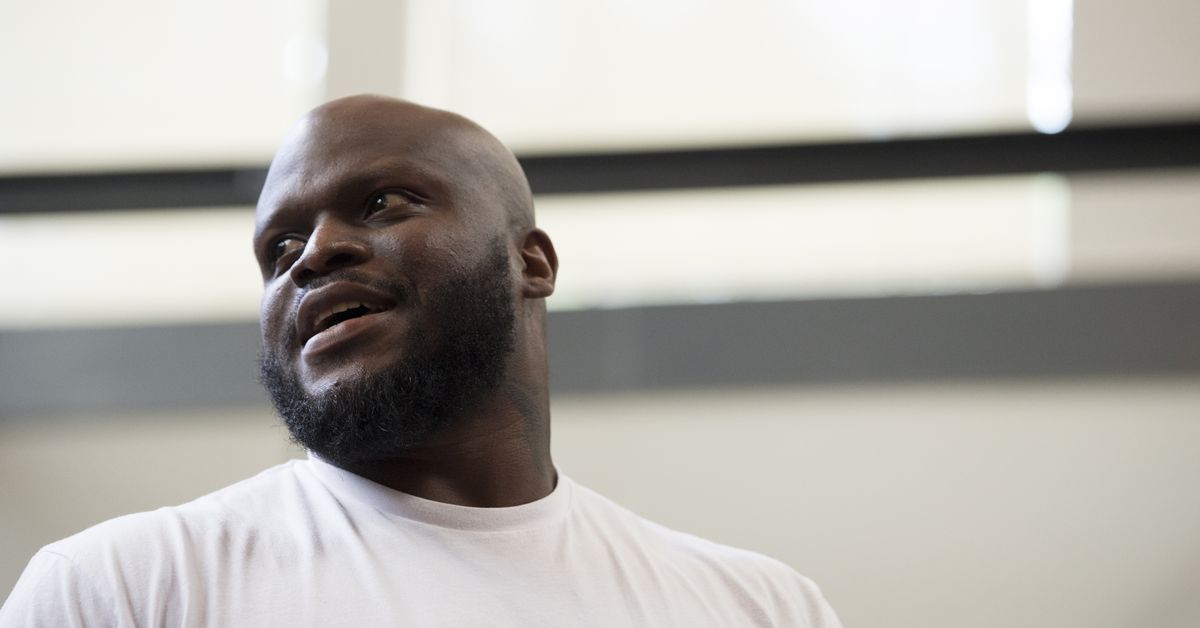 Ultimate Fighting Championship (UFC) is just one day away from the upcoming UFC Vegas 65 mixed martial arts (MMA) event, which is set to go down tomorrow night (Sat., Nov. 19, 2022) on ESPN+ from inside the promotion’s APEX facility in Las Vegas, Nevada, featuring a heavyweight main event between Top 15 title hopefuls Derrick Lewis and Serghei Spivac, a five-round headliner with serious title implications for early 2023 and beyond.

Before we dive into the main and co-main events, which includes the welterweight collision between Ion Cutelaba and Kennedy Nzechukwu, check out Patrick Stumberg’s breakdowns for the UFC Vegas 65 preliminary card — which he wrote after filling out his application to replace Alexander Gustafsson at UFC 282 — by clicking here and here. In addition, in-house pro fighter Andrew Richardson covered the rest of the UFC Vegas 65 main card right here.

For the latest “Lewis vs. Spivac” odds and betting lines courtesy of our fiscal friends over at Draft Kings go here.

For the tenth time in his record-setting UFC career, heavyweight power puncher Derrick Lewis will serve as headliner in what could be his last hurrah as both a title contender and a marketable attraction. I don’t want to start up with all that “live by the sword” crap but Lewis built his entire career on the highlight-reel knockout, good enough for the UFC record at 13 and a staggering seven performance bonuses: three for putting on “Fight of the Night” and another four for knocking opponents stiff. You can believe there are plenty of UFC heavyweights both past and present who would trade careers with “The Black Beast” in a heartbeat, but we also can’t overlook the fact that Lewis is fairly one-dimensional and easily thwarted by superior strikers like Ciryl Gane and Junior dos Santos. In addition, the Texan’s exciting style loses some of its sparkle when paired with rough-and-tumble heavyweights who sport an iron jaw, like Blagoy Ivanov and Ilir Latifi. It’s feast or famine with Lewis and let’s just say “Beast” fans have been left starving over the last few years. Lewis, who’s inching closer to his 38th birthday, has dropped three of his last four, all by way of knockout. Whether that’s age, his tempermental back, or the wear-and-tear of slangin-n-bangin the last 12 years is unknown. What is known is that his opponent is here to make a statement.

Serghei Spivac came into the heavyweight fold with fairly high expectations after a ferocious run on the international circuit, where the Moldovan racked up nine straight wins with nine straight finishes, eight coming within the first round. Walt Harris would play spoiler in Spivac’s Octagon debut, ending their contest in less than a minute, but “The Polar Bear” rebounded with an upset victory over Tai Tuivasa, then captured five of his next seven. That includes two recent back-to-back technical knockout victories over the since-departed Greg Hardy and hot-and-cold heavyweight Augusto Sakai. His record remains impressive on paper, I just can’t overlook his struggles against Polish bruiser Marcin Tybura, or his one-sided beatdown at the hands (and feet) of top contender Tom Aspinall. Spivac works best when he controls the wrestling and not coincidentally, his finishes over Tuivasa and Sakai came in fights where he landed six takedowns each. I can’t imagine he would be dumb enough to stand and trade with Lewis when he holds the advantage in wrestling but something tells me there will be little respite in that department. When Lewis is healthy, and from the looks of his slimmer physique he appears to be, his agility saves him from perilous grappling exchanges. In addition, NJCAA national champion Curtis Blaydes was 0-3 on takedowns in their 2021 showdown.

When Lewis loses, he does so in a blaze of glory. “The Black Beast” has never lost a decision in UFC and I don’t expect him to start here. In addition, Spivac has to make it the full 25 minutes without eating a knuckle sandwich, something I find possible — but not plausible — based on the numbers Lewis has put up throughout his career. Perhaps if “The Polar Bear” had knockout power he would be better suited for victory; but he doesn’t, so when the takedowns don’t come the way he expects them to, he’s going to quickly realize there is no Plan B.

Ion Cutelaba has been competing under the UFC banner for the last six years and during that time has been … pretty terrible. I don’t like to throw shade just for the sake of it but I’m not sure how to talk positively above a 5-7 record inside the Octagon with six of those seven losses coming by way of knockout or submission. In addition, “The Hulk” has just one victory over his last five fights and is coming off back-to-back submission losses to Ryan Spann and Johnny Walker, both of which took place in the opening frame. I’m pretty sure a similar outing this weekend in “Sin City” will result in the end of his UFC run, so there is certainly a lot on the line for the 28 year-old Moldovan. Of his 16 wins, 12 have come by way of knockout or technical knockout because Cutelaba likes to bang, though he’s only been able to produce one performance bonus, thanks in part to the furious fists of Jared Cannonier way back in Dec. 2016. After a decade in MMA, I think we’ve seen just about all we’re gonna see from Cutelaba, so don’t expect any dramatic changes in the UFC Vegas 65 co-main event. He’s gonna come forward and unleash hell until someone drops.

It may have sounded like I was being hard on Cutelaba and to be fair, I plan to be just as critical of Kennedy Nzechukwu. “The African Savage” made a big splash on Dana White’s “Contender Series” back in summer 2018 and was quickly added to the 205-pound roster. That said, matchmakers did him no favors booking him opposite veteran smasher Paul Craig, who quickly disposed of Nzechukwu in the opening frame. The Texan would rebound with three straight wins over International up-and-comers, two of which have since been released, before dropping two of his next three. The good news for Nzechukwu is that he’s coming off a technical knockout win over Karl Roberson. The bad news is, Roberson has lost four straight — getting finished all four times — and holds a losing record in UFC. A win is a win, I get that, I’m just not sure that’s the kind of “W” that gets you any closer to the Top 15. I guess we can say the same thing about steamrolling Cutelaba in what could turn out to be a “loser leaves town match.” It’s hard to not go with Nzechukwu here considering he’s got four inches in height and eight inches in reach at his disposal. If “The African Savage” can utilize his range and avoid getting sucked into the phone booth, I think he’s got this one in the bag.

Remember, the rest of the UFC Vegas 65 main card predictions are RIGHT HERE.

To check out the latest and greatest UFC Vegas 65 news and notes be sure to hit up our comprehensive event archive here. For the updated and finalized “Lewis vs. Spivac” fight card and ESPN+ line up click here.