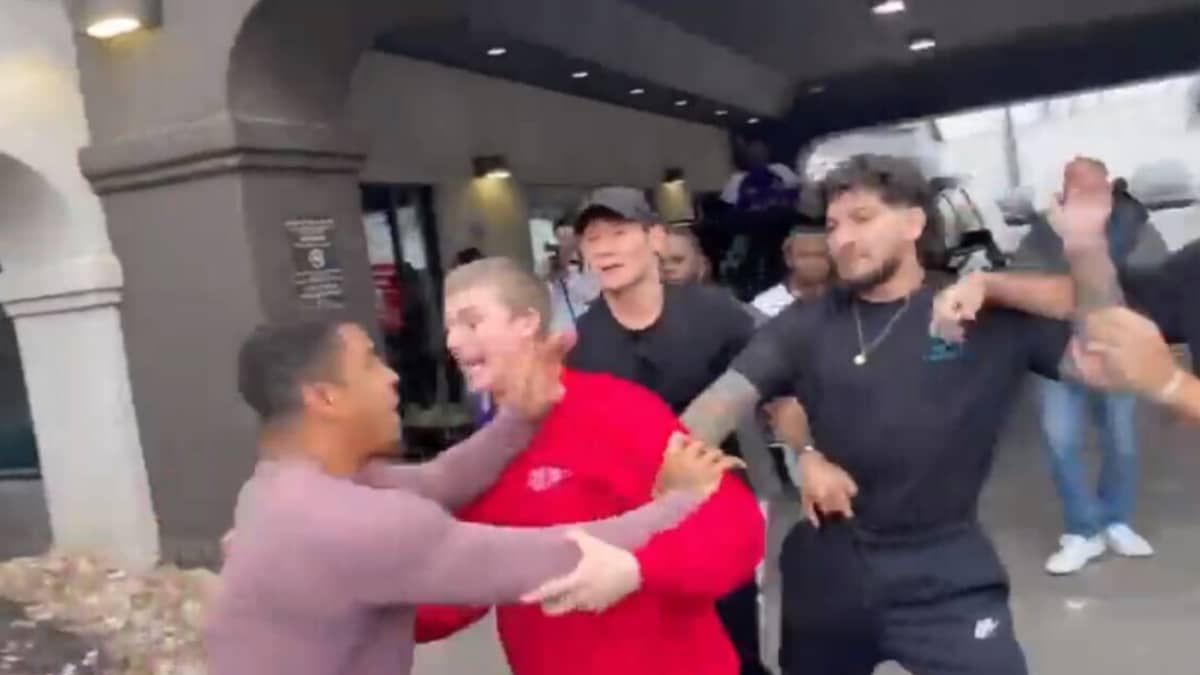 Danis and Taylor don’t have any known checkered past, though they’re both known to get under the skin of others. This is most recently evidenced by Danis’ altercation with Nate Diaz outside of UFC 281 last weekend.

Their previously tame history came to an abrupt end outside of Friday’s official weigh-ins.

Watch Taylor and Danis go at it outside of a hotel below.

Danis also came face-to-face with YouTuber turned-boxer KSI inside the same hotel. Security separated the two sides and Danis was escorted from the venue.

Danis, a former training partner of Conor McGregor, hasn’t fought in MMA since a win over Max Humphrey at Bellator 222. Health and legal issues have prevented him from returning to MMA ever since.

Taylor fought against Jack Fincham on the Floyd Mayweather vs. Deji card on Sunday. He picked up a win over Ashley Tebi at Misfits Boxing 2 last month.

It’s uncertain if anyone was seriously injured in either Danis-involved brawl.

What is your reaction to the Anthony Taylor/Dillon Danis brawl?