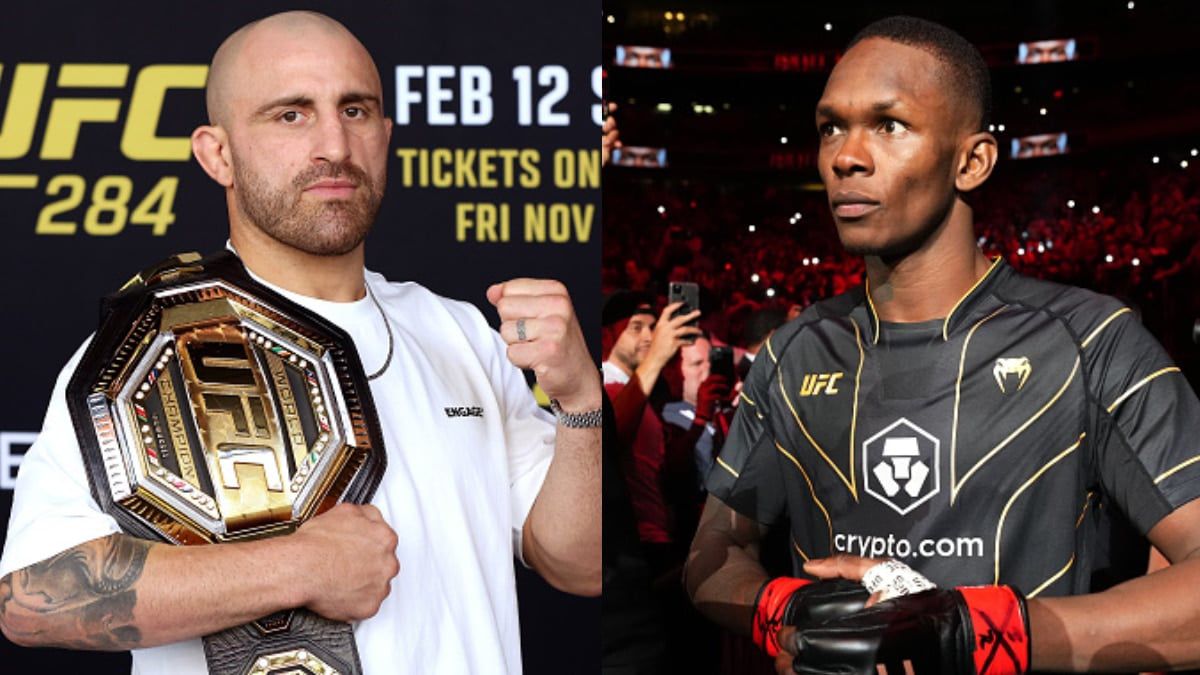 Having reigned supreme over the featherweight division since a 2019 victory over Max Holloway, a feat he’s repeated in a further two clashes with “Blessed,” Volkanovski is finally set for his long-awaited opportunity to secure two-division champion status.

But given the individual currently occupying the throne at lightweight, that’ll be no easy task.

At UFC 284 next February, Volkanovski will make the walk in front of home fans in Australia to challenge the reign of Islam Makhachev, which begin with a crowning at UFC 280 last month, when the Russian dominated Charles Oliveira en route to a second-round submission win.

With the result in Abu Dhabi, Makhachev delivered on promises that both he and his mentor Khabib Nurmagomedov laid out pre-fight. The newly crowned champion now sits at #2 on the UFC’s pound-for-pound ladder and on a mighty 11-fight win streak.

Given that, as well as a smothering wrestling game that has presented an unsolvable puzzle for lightweight contenders, Makhachev opened as a sizable favorite for his first defense. While BetOnline.ag has the Dagestani at -320, the Aussie challenger is currently a +270 underdog.

Despite that, Volkanovski isn’t without his supporters, especially in regards to those closest to him.

As well as Robert Whittaker, who’s set to face Paulo Costa on the same card as Alexander Volkanovski’s lightweight title challenger, suggesting his compatriot is being overlooked, Nigerian-New Zealander Israel Adesanya has provided a firm backing for the featherweight king.

During an appearance on the FLAGRANT podcast, Adesanya cited his own experience trying to hold down Volkanovski, who trains at City Kickboxing and Australia’s Freestyle Fighting Gym, as evidence that size difference likely won’t be an issue at UFC 284.

With that, “The Last Stylebender” added some context to his confidence levels, claiming he’d bet his “whole house” on Volkanovski to emerge from Perth with a second piece of gold.

“Volk used to be a fat guy. Like, a big boy, brawley, played rugby. When you walk around with that kind of body mass for years, you develop a different kind of muscle density,” Adesanya said. “Even with Volk, I’ve tried to hold him down. I’m not the greatest wrestler, but even with my frame and leverage, it’s hard. He finds his way back up. (He’s) a crafty veteran. His inside leg kick, his jabs, his hand control; all that sh*t, he’s crafty.

“Islam is great. These Dagi boys, they know what they’re doing… But I truly, gun to my head, could bet my whole house on him. Volk is just different,” Adesanya added. “Volk is the kind of guy — even when he cuts weight, the amount he cuts, for him to have the cardio he has in the later rounds… it’s mind-blowing. The man’s different.”

Despite many suggesting the challenge will be too much for him, Volkanovski has long been doubted and long proved his detractors wrong en route to his reign on the featherweight throne.

At UFC 284, he’ll look to complete his biggest underdog story to date.

How do you think Islam Makhachev vs. Alexander Volkanovski will play out at UFC 284?