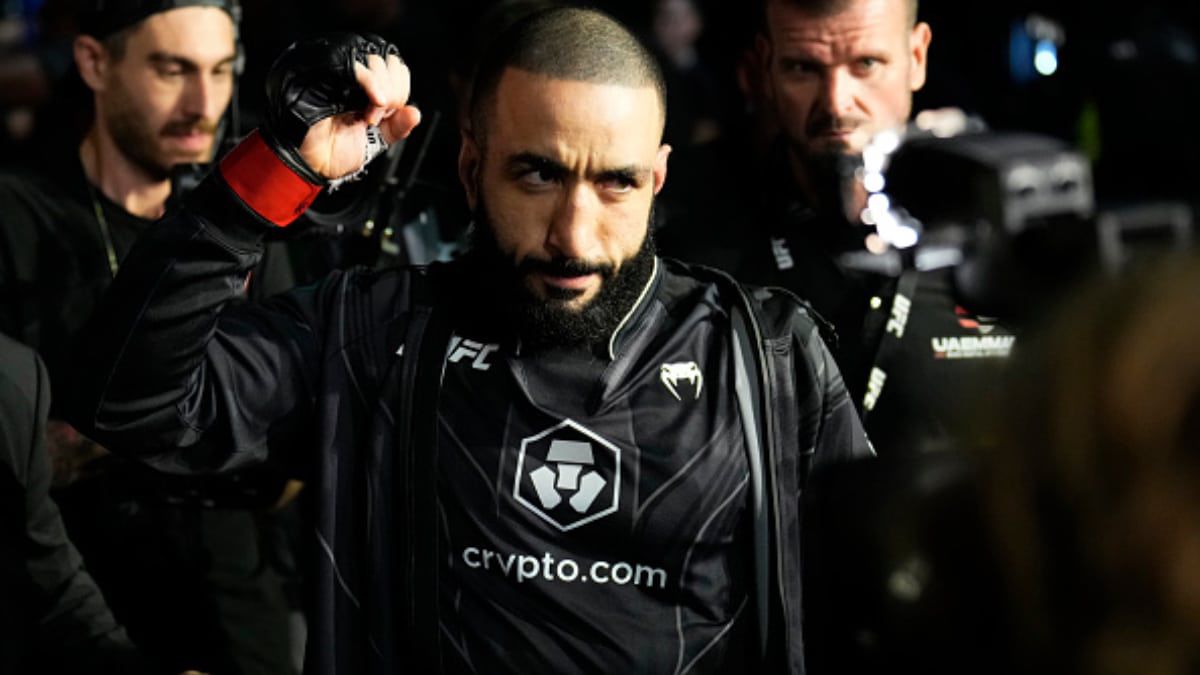 UFC welterweight contender Belal Muhammad has named which of his Octagon wins he regards as his career-best performance.

At UFC 280 last month, Muhammad met the previously undefeated Sean Brady in the featured bout of the event’s preliminary card. Despite already holding a place inside the top five, “Remember the Name” was willing to fight down the ranks to cement his claim for a shot at the divisional gold.

And with a second-round TKO, he did just that.

Having previously utilized his wrestling game to climb the welterweight ladder, Muhammad put his power on the feet and striking talents on full display by stopping Brady with an onslaught of strikes.

Despite the standout triumph, which is widely regarded as the biggest of his career to date given that it thrust his name firmly into the title picture, Muhammad doesn’t see it as his “best performance.”

During a recent interview with Combat Culture, Muhammad reflected on his October 22 success in Abu Dhabi, and assessed where it ranks among his other UFC victories.

In terms of factors such as the event itself and the location, Muhammad noted that his win over Philadelphia’s Brady was one of the greatest moments of his MMA career. However, in terms of his individual best performance, “Remember the Name” harked back to December 2021.

“When I’m thinking about the bigger picture of the event being the biggest probably in the UFC this year, the magnitude of it, being in front of all those fans… it was definitely up there as one of my favorite moments ever, to fight in front of all those people and win,” Muhammad said. “(But) I mean, performance-wise, I think I’ve beaten better guys. I think my performance against Wonderboy was probably my best performance.”

Muhammad collided with Stephen Thompson in the co-main event of UFC Vegas 45. The 34-year-old Chicago native dominated “Wonderboy” en route to a unanimous decision victory on the scorecards.

After the impressive performance against the former two-time welterweight title challenger, Muhammad exacted revenge on Vicente Luque in the UFC Vegas 51 headliner before blemishing Brady’s record at UFC 280 last month.

Are you surprised by Belal Muhammad’s choice?